HISTORY TRAVELS WITH US

Knowing the story of the Green Book should give us new
eyes. As we move through our towns, neighborhoods,
and urban communities, the Green Book allows us to
remember what once was. 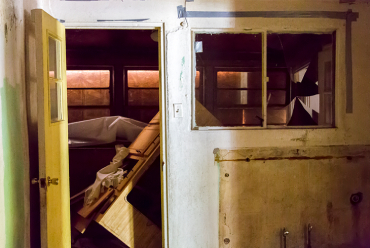 In less than a decade after the passage of the Civil Rights Act, at least half of the Green Book’s Black-owned businesses were closed. Through government programs like “urban renewal,” in which Black communities were disproportionately disrupted and destroyed, the entrepreneurial hopes of many Black citizens were dashed.

As public space became less divided, Black businesses had to compete with larger, wellfunded white-owned businesses that had the favor of police, policy makers, and politicians. This reality left Black-owned business with few resources and little leverage.

“WE GOT WHAT WE WANTED, BUT WE LOST WHAT WE HAD.”
– GEORGIA AYERS, community activist, 2015 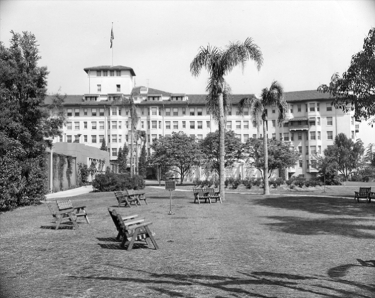 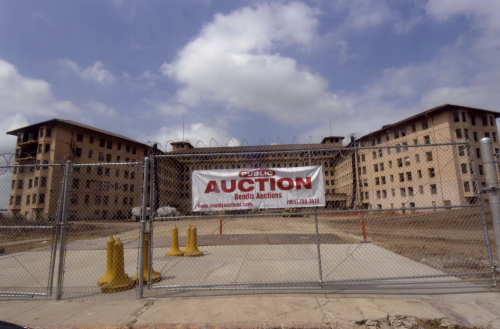 In June 1968, during his primary run for President, Robert F. Kennedy was assassinated at the hotel. 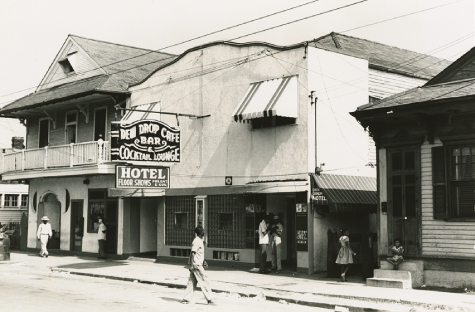 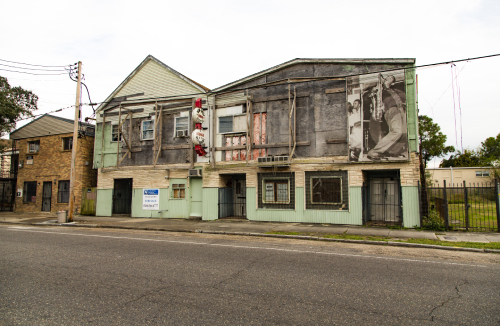 The Dew Drop The Dew Drop opened in 1939 in New Orleans, Louisiana. It was originally called the “Groove Room,” seeing performances from Sam Cooke, Ike and Tina Turner, and Otis Redding.

The police regularly raided the Dew Drop because it served both Black and white people, which was illegal in New Orleans until 1964. Ironically, it was legal integration that led to the Dew Drop’s demise. 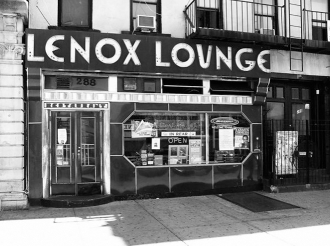 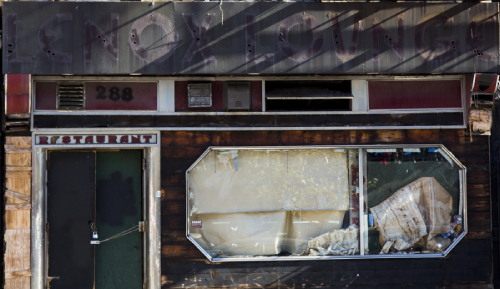 At the Lenox, patrons heard swing, bebop, and the modern, profound, and transcendental artistry of John Coltrane and Miles Davis.

In the years after his death, Dr. King’s name began to adorn street signs at the center of Black neighborhoods, once populated with Green Book businesses. Today, research suggests that communities on avenues named after Dr. King correlate with higher rates of crime, poverty, and poor health compared to their surrounding area.

Dr. King’s name has now become both a symbol of hope celebrated across the world, and the marker of decline and decay. His is now like the other names that once signaled the potential of the Black community: The Savoy, The Dunbar, Idlewild, Alberta’s, Murray’s. Lost, yet somberly remembered. Gone, but now serving as a lesson for us all. 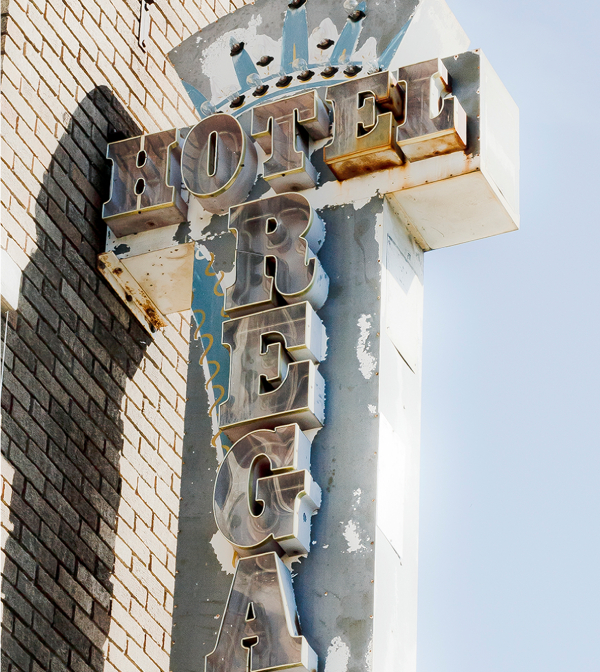 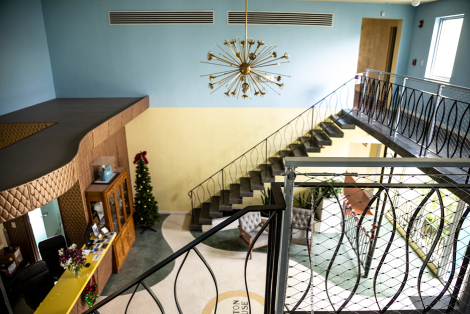 While the large majority of Green Book sites have been destroyed or left to decay, a handful of businesses have survived. Community efforts, government intervention, and individual support have been invested to give a few of these historic sites a sense of their former glory.

The progress of Black entrepreneurship has indeed continued.

The 2010 census calculated there are nearly two million Black-owned businesses in America. Yet, we could be forgiven to think that this rise is a contemporary truth. With the destruction of so many of those historical sanctuaries. 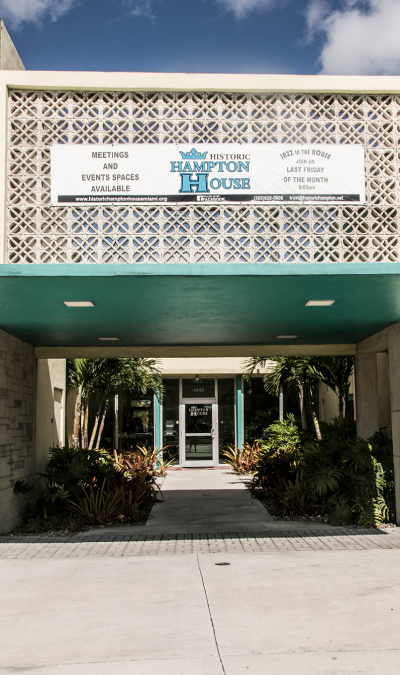 The Hampton House The Hampton House was a high-class hotel listed in the Green Book in Miami, Florida. When world- renowned musicians such as Aretha Franklin, Sarah Vaughan, Count Basie, and Sammy Davis Jr. performed on Miami Beach, they traveled inland to the Brownsville neighborhood to stay at the Hampton House.

The building was set on five acres and hosted both amateur and pro Black golfers, who made use of its access to nearby golf courses.

The Hampton House was on the verge of being demolished when Miami-Dade County invested millions of dollars in its restoration. 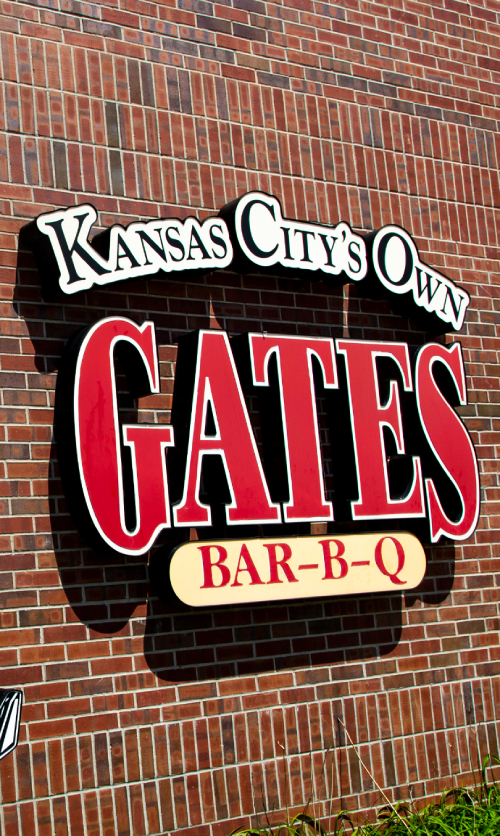 Gate’s Bar B-Q There are currently six locations in Kansas and missouri.

Ol’Kentuck Bar-B-Q was one of the few Black-owned chain restaurants in the Green Book. The family business is still operating today as Gates Bar-B-Q in Kansas City, MO. 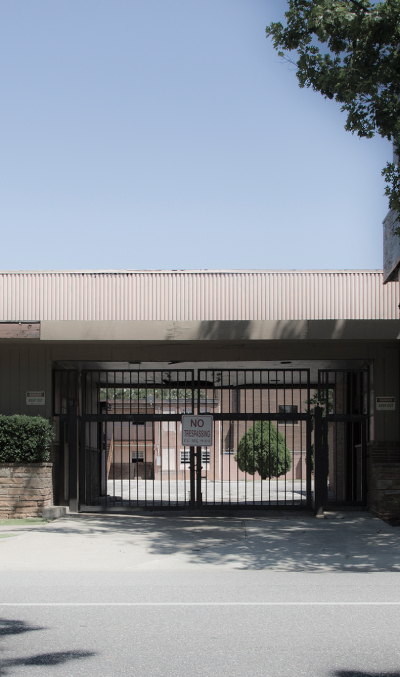 AG Gaston Hotel A.G. Gaston sold his motel in 1986. Ten years later, Gaston passed away at 103. His net worth was estimated at over 40 million dollars, making him one of the most successful Black entrepreneurs of his time.

Led by Birmingham, Alabama’s Mayor, Randall L. Woodfin, efforts to revitalize this Green Book site are underway. The renovation plans aim to bring the motel back to its former glory as a thriving travel accommodation.

In 2017, president Barack Obama designated the motel as a National Historic Monument.

“The great force of history comes from the fact that we carry it within us...”