TRAVELING WITH THE GREEN BOOK

Black citizens coming together to eat, dance, talk, shop and relax. The GREEN BOOK pointed the way to a Black experience not on the mainstream horizon, but it was there—real, alive, and thriving.

“Everybody had one...
And you always kept it in the car.” 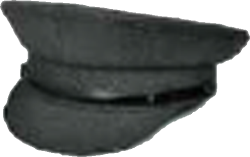 African Americans had many strategies in case of a dangerous encounter. For a traveling family, a chauffeur’s hat could be a useful prop in an interaction with a racist police officer. If pulled over, Black men would invent stories claiming the car they drove was, in fact, their boss’s. They were just a chauffeur, a servant. The woman and children? Just taking the boss’s “help” home after a long day.

Since legal enslavement, financial independence
has been critical to Black liberation in America.

The Green Book would not have been possible if not for the community of self-sufficient, talented, and successful Black businesses that filled its pages.

“Don’t sit down and wait for opportunities to come. You have to get up and make them for yourself.”
– MADAM C. J. WALKER, entrepreneur, philanthropist, and social activist
The Negro Motorist Green Book, 1948. Schomburg Center for Research in Black Culture, Manuscripts, Archives, and Rare Books Division, The New York Public Library
WOMEN
ENTREPENEURS 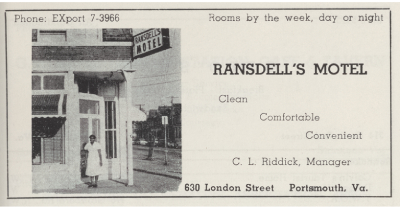 Green Book sites owned by Black women were dominant throughout the pages of the guide. From beauty shops to funeral homes, woman-run businesses provided comfort, service, and personality to travelers across the country. Additionally, in the latter years of the Green Book’s publication, the guide’s editing staff was almost entirely made up of women.
Credit: Green Book, 1962. Schomburg Center for Research in Black Culture, Manuscripts, Archives, and Rare Books Division, The New York Public Library. 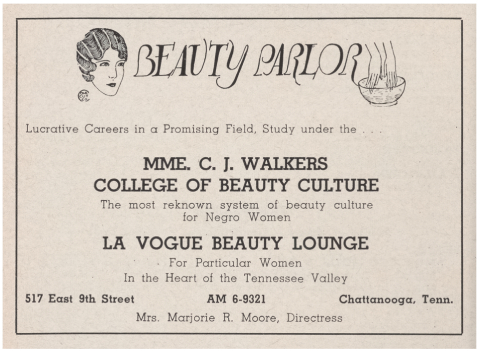 Of the seventeen beauty schools listed in the Green Book, the two most popular were Madam C. J. Walker’s College of Beauty Culture and Annie M. Turnbo Malone’s Poro Colleges.

Walker and Malone revolutionized the Black hair care industry by creating unique products to condition, grow, and straighten hair, which resulted in unprecedented wealth for both entrepreneurs. They trained thousands of women throughout the nation to use their hairstyling techniques, sell their products door-to-door, and run their own businesses.

Tourist homes became popular after the Depression. Tourist homes were largely run by women. A precursor to today’s popular home rental sites, these were private residences that opened their doors when suitable accommodations for Black travelers could not be found elsewhere.

Renting out rooms was a way for families of all races to earn extra income. More than 1,400 tourist homes were listed in the Green Book during its publication. Credit: Green Book, 1962. Schomburg Center for Research in Black Culture, Manuscripts, Archives, and Rare Books Division, The New York Public Library. 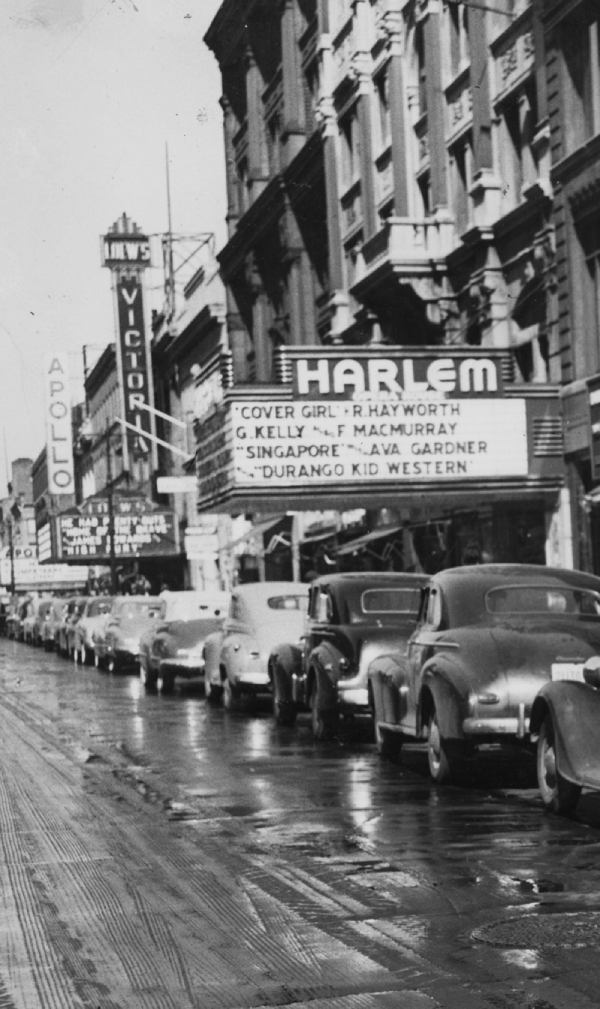 NEW In the 1930s and 1940s, the creative and intellectual texture of the Black culture tapestry came together in a single New York City neighborhood: Harlem. 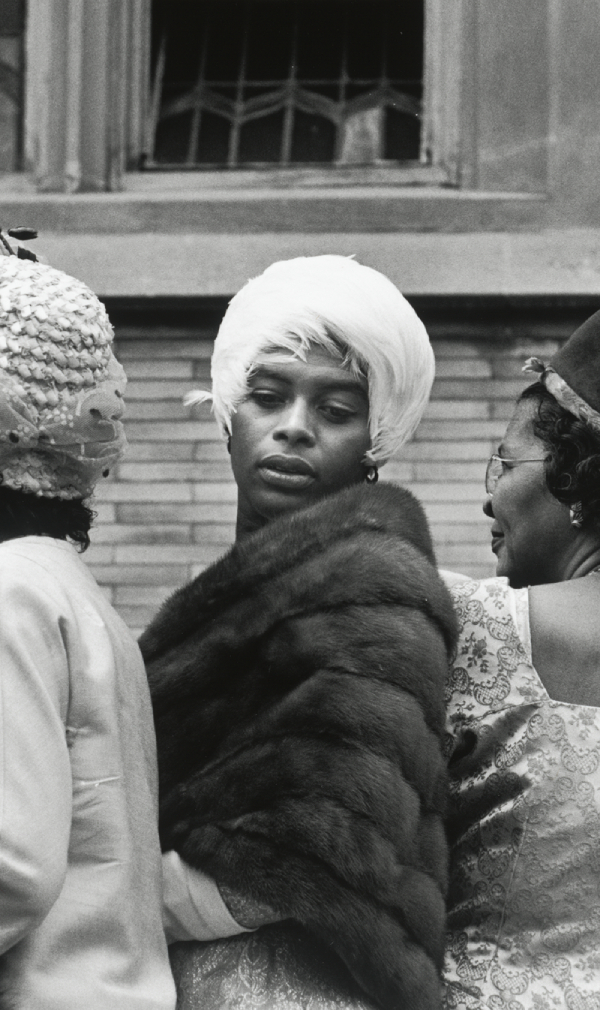 York The Harlem Renaissance was the period between the 1920s and the early 1930s that saw an explosion of Black intellectualism and artistic expression, producing greats like Zora Neale Hurston, W.E.B Du Bois, Augusta Savage, and Langston Hughes. When Victor Green published his first guide, he and his wife were living across the street from jazz great, Duke Ellington. 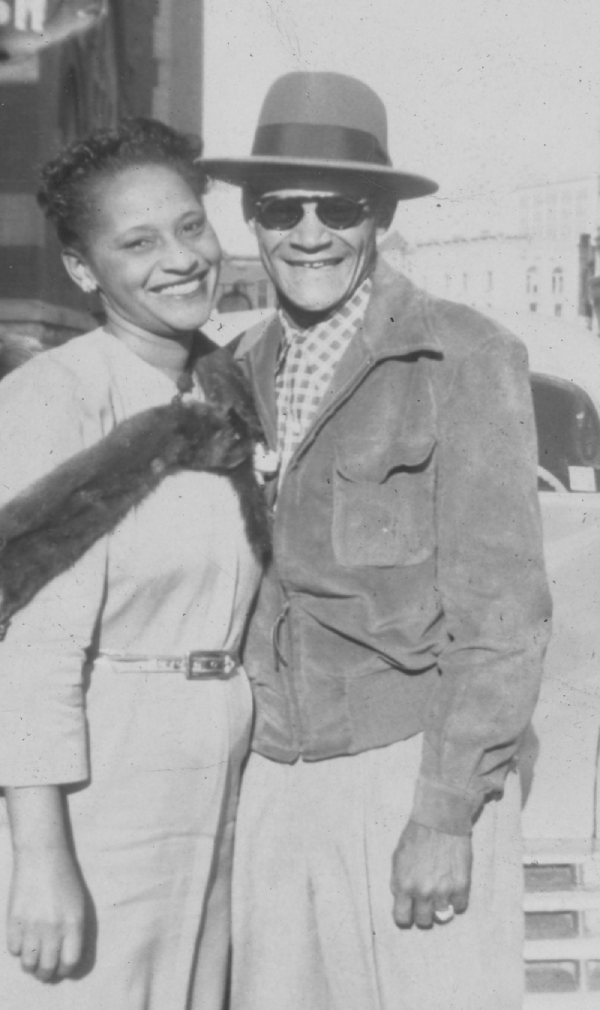 City As the Green Book expanded its reach beyond New York, the same characteristics that made Harlem a political and cultural hub also influenced the guide. While some inspiration may have come from travel, Victor and Alma didn’t live in a bastion of equality and fair treatment. In the mid-1930s, Harlem was still a highly segregated neighborhood.

[Photographic print of an unidentified couple], early 20th-mid 20th century. Collection of the Smithsonian National Museum of African American History and Culture. Gift of Henrietta W. Shelton.
HARLEM
The Green Book was infused
with the spirit of Harlem—
its dignity,
its culture,
its aspirations. 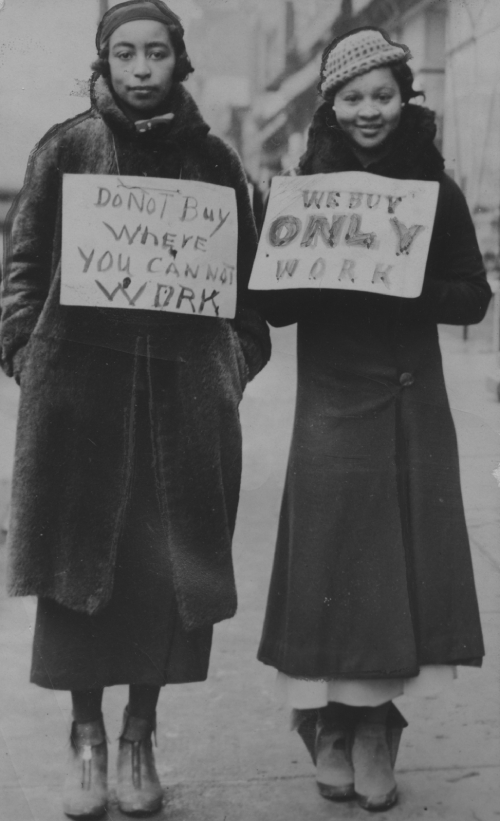 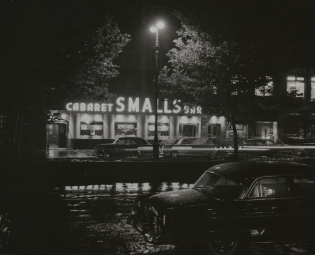 Small's Paradise Founded in 1925, at the height of the Harlem Renaissance, Smalls Paradise was listed in the Green Book between 1938 and 1967. Edwin Alexander Smalls ran it for more than thirty years, and in the 1920s it was one of the few integrated nightclubs owned by a Black man.

In the early 1940s, Victor Green moved his operation out of his home and into an office above Smalls Paradise. Credit: Exterior of Smalls Paradise, Harlem, 1955. Photograph by Austin Hansen used by permission of the Estate of Austin Hansen, and may not be copied. Photographs and Prints Division, Schomburg Center for Research in Black Culture, The New York Public Library. 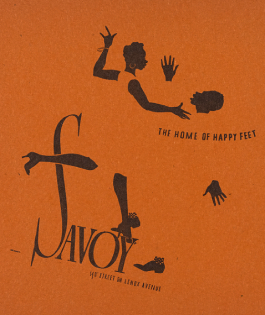 The Savoy One of the most famous nightclubs in Harlem was another Green Book site, The Savoy. Opened in 1926, The Savoy was the size of an entire city block, and was one of the first integrated clubs in Harlem. Two bandstands hosted the best performers at the height of their careers, including Benny Goodman, Thelonious Monk, and Charlie Parker. [Souvenir Card for Savoy], 1926-1958. Manuscripts, Archives and Rare Books Division, Schomburg Center for Reseach in Black Culture, The New York Public Library. 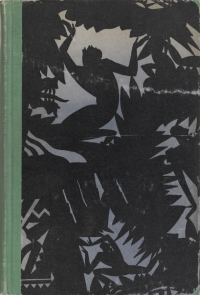 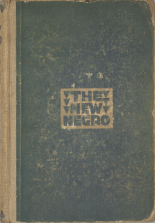 The New Negro …the present generation will have added the motives of self-expression and spiritual development to the old and still unfinished task of making material headway and progress. No one who … views the new scene with it still abundant promise can be entirely without hope. …if in our lifetime the Negro should not be able to celebrate his full American democracy…he can at least…celebrate the attainment … of a spiritual Coming of Age. The New Negro: An Interpretation, 1925. Ed. Alain LeRoy Locke. Collection of the Smithsonian National Museum of African American History and Culture © 1925 by Albert and Charles Boni, Inc. 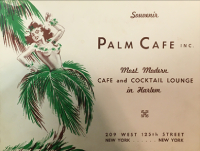 Esso Standard Oil was a leader in offering opportunity to Black Americans during Jim Crow, opening doors to Black intellectual expertise, and those with higher education and training.

In 1934, Esso Standard Oil, now ExxonMobil, hired James A. Jackson as a special representative to research the role and impact of the Black consumer in America.

THIS WAS REVOLUTIONARY:
JACKSON WAS AFRICAN AMERICAN.

At the time, Esso was one of the largest companies in the world, and Victor Green saw an opportunity. Through a savvy business strategy, Green and Jackson devised a plan to distribute the guide in Esso stations across the country. 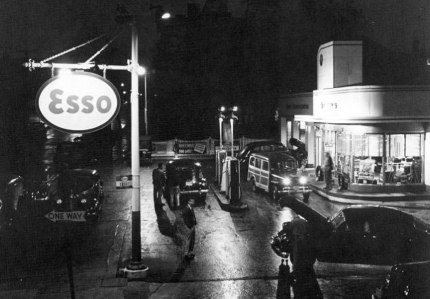 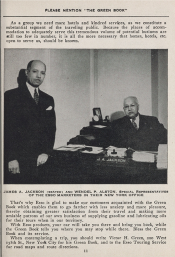 Above: Built in the new Art Deco-style, Smitty’s Service Center was a Black-owned gas station, pictured here at night, during the late 1940s. Credits: The Negro Motorist Green Book, 1948. Schomburg Center for Research in Black Culture, Manuscripts, Archives, and Rare Books Division, The New York Public Library.
Left: James Jackson gave talks throughout the country to Black entrepreneurs. Esso hosted an event with 40 business and marketing students from Howard University. The event made it into the 1956 edition of the Green Book. By this time Esso had also hired Wendell P. Alston to help Jackson. The two Black executives traveled about twenty thousand miles each year for their work, and they always used the Green Book.Credits: Smitty's Esso Service Station. Courtesy of Anthony M. Smith, Sr. 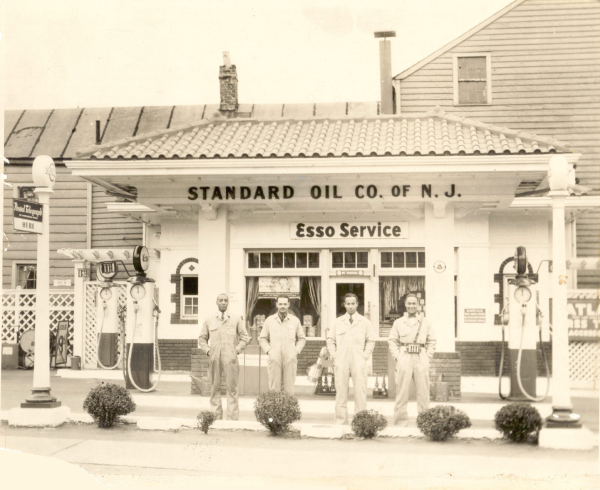 In the early forties, 312 out of 830 Esso dealers were black, more than 2,000 black men distributed kerosene for Esso, and more than 800 black employees were set to receive Esso pensions.

“[Esso has] given every reason for the Negro to look upon the Company and its affiliates with favor.” - E. Frederic Morrow, Branch Coordinator at the NAACP